Constantin Hartwig, our most authentically Palatinate member from head to toe, was born in 1992 and lives in the idyllic town of Rhodt unter Rietburg. It took 13 years for our "largest" member to pick up the largest brass instrument, the tuba. 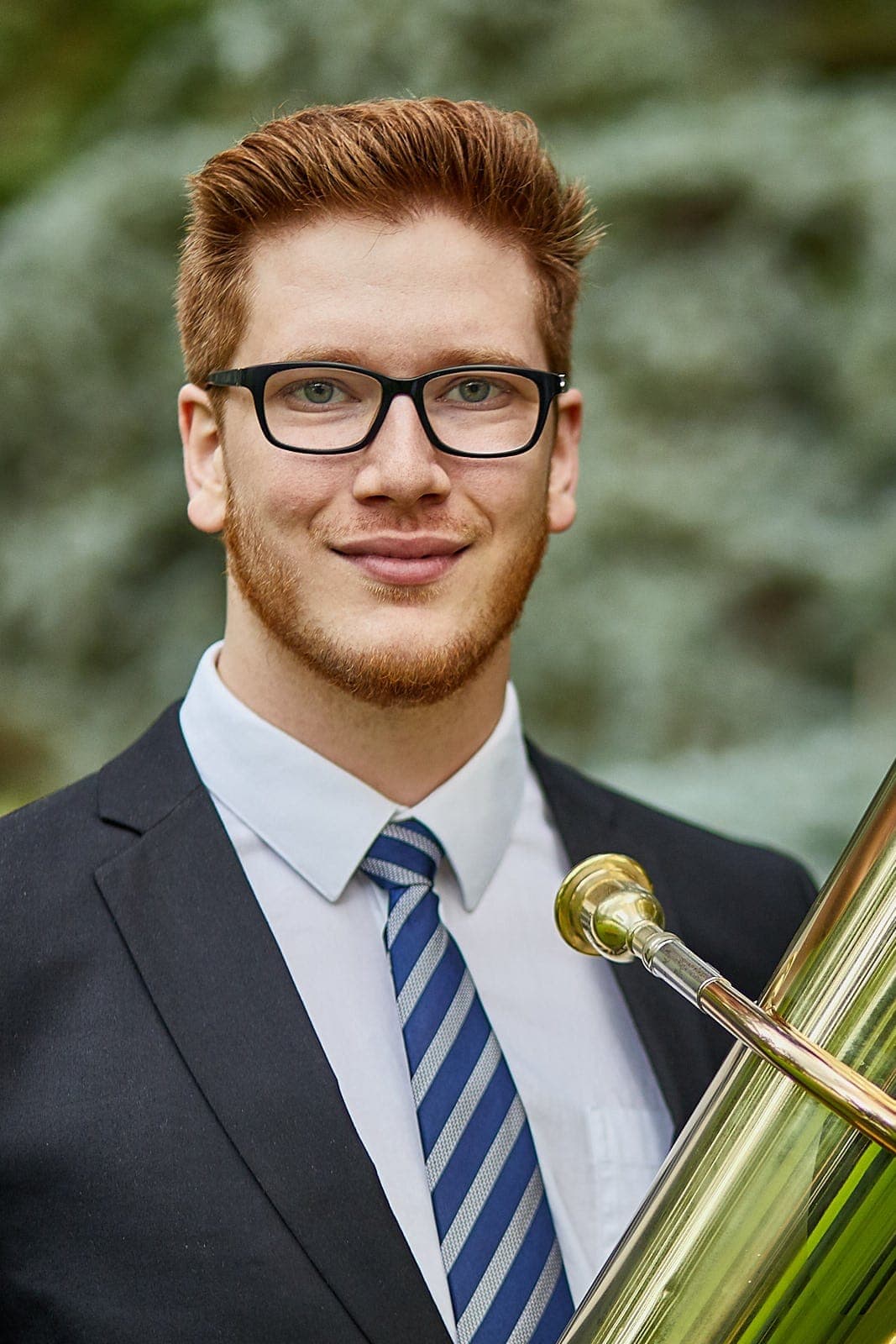 Prior to doing so, he began his musical education as a percussionist at the age of 8. Constantin learned the basics of tuba playing from his father, Rainer Hartwig. It wasn't long until he was studying as a young student with Ralf Rudolph, the tuba professor at the Hochschule für Musik Saar. In 2012 he began studying with Professor Jens Bjørn-Larsen at the Hochschule für Musik, Theater und Medien Hannover.

Constantin has a passion for refined band music. From early on, he played the tuba parts, that consist entirely of two to four different notes, in practically all of the bands from the nearby Palatinate region. This has made him even more motivated to bring the sometimes very virtuosic bass voice of our repertoire to life, which he does superbly.  He has also been able to gather extensive symphonic experience in orchestras such as the Landesjugendorchester Rheinland-Pfalz (State Youth Orchestra of the Rhineland Palatinate), the Bundesjugendorchester (German National Youth Orchestra), the Deutsche Staatsphilharmonie Rheinland-Pfalz and the Opera Orchestra of Frankfurt.