Jared was born in 1991 in a small Swiss village by the name of Zug. The fact that he was born in Switzerland, has lived in Germany most of his life, and has an American passport has been a recurring source of confusion in his life. 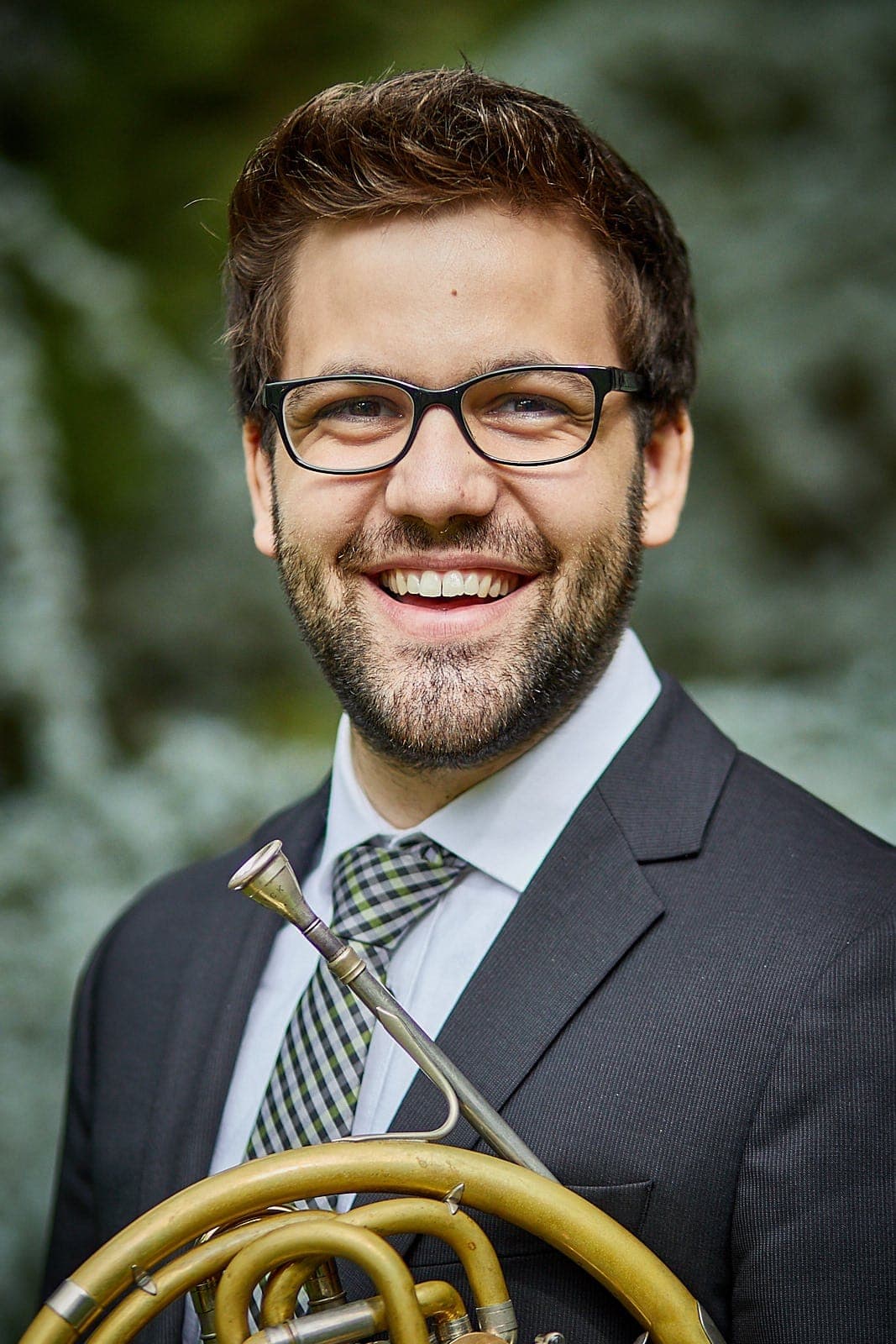 His parents are Americans from California and Iowa, who have settled in Germany.  His interest in music was evident from the start: he began singing before he started crawling. Considering the fact that both his father and mother are professional French horn players, it was only a matter of time until, at the age of nine, he picked up the horn himself.

After successfully competing at the national level of Jugend Musiziert, a German youth solo and ensemble competition, Jared was invited to participate in the regular rehearsal and concert phases of the Landesjugendorchester Rheinland-Pfalz (State Youth Orchestra of the Rhineland Palatinate) and the Bundesjugendorchester (German National Youth Orchestra).  At the age of 15, he began his studies as a young student at the Hochschule für Musik Karlsruhe with Professor Will Sanders. He has been studying horn there as a full-time student since 2010.